Earlier someone asked me about if it is possible to build a real time traffic data feed straight from traffic cameras. This is my brief investigation. Also, this is the first time I ever do computer vision. Enjoy the adventure!

What is a Real Time Traffic Map?

On a high level, a real time traffic map is composed of two parts: 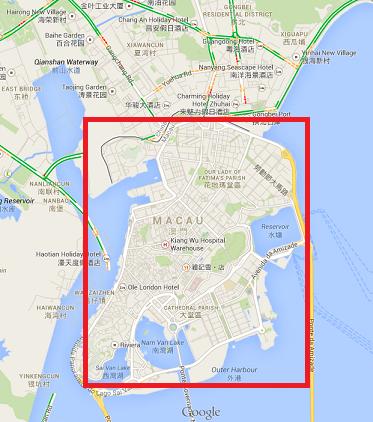 So, how about we do something about the real time traffic data feed?

A real time traffic data feed generally gives you these information, and is updated periodically:

The Macau government does not offer any real-time API of the road traffic, however they do offer real time traffic cameras for some of the roads. The cameras are colored at a 352 x 288 resolution. It updates every 3 seconds. So, technically, it is an image sequence and not a video feed. You can simply write a script to pull image data off the cameras every 3 seconds.

How Do You Build a Traffic Feed From a Traffic Camera?

It is not an easy task to calculate the current traffic speed from a image sequence. However, we could try something that might yield potentially good results: counting the number of cars on the road. The intuition is that if there are many cars, the traffic is probably bad. If not, the traffic is probably good. Note that this varies from cameras to cameras, and also, traffic red lights could cause false positives. But let’s deal with those cameras that aim at the bridges like this one: 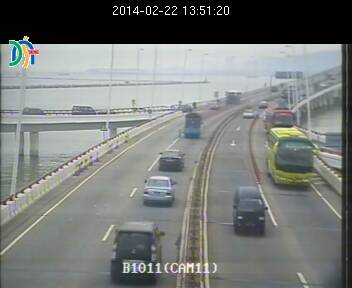 OpenCV library is an excellent starter for any generic computer vision tasks. I used the Python-OpenCV wrapper for it. We will use the Haar cascade classifier in OpenCV (see my earlier post of the idea) to perform the car detection, using this exported model cars3.xml as a quick starter which is already trained to detect cars in images.

Directly applying the the model onto our image gives this result:

For our first attempt, the detection on the top left seems to be just plain wrong, and we also the small van at the bottom-most. We can do better. Let’s tune our model parameters. 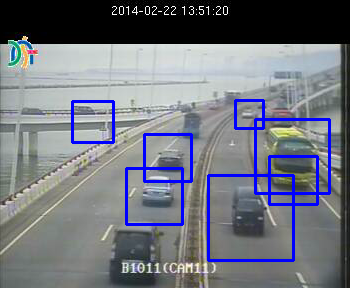 Better, the top left detection looks more reasonable. We can play with the model parameters to get more optimal results. But before that, we know that the sea, the black areas are probably useless, so let’s just crop them away during the car detection phase.

Directly applying car detection on the near roads gives a much better result!

With the car count, we can now build a model that tries to evaluate something like given 5 images in a road for the past 15 seconds, and the number of cars in each image, is it a 1) heavy traffic, 2) mid traffic, or 3) low traffic? This is future work which I will not go through here.

Things to Know Too!

This post is overly simplified! It is not that easy, really. For these reasons and many more:

Source Code and Run It Yourself

Here is the source code that runs through source images, which I included some sample images already. You will need OpenCV and Numpy, which you can download here (excellent link!) for Windows users. For linux users, just pip install it. You will have to collect images yourself.

To run the script, just do this:

I also pasted the source code here for reference.