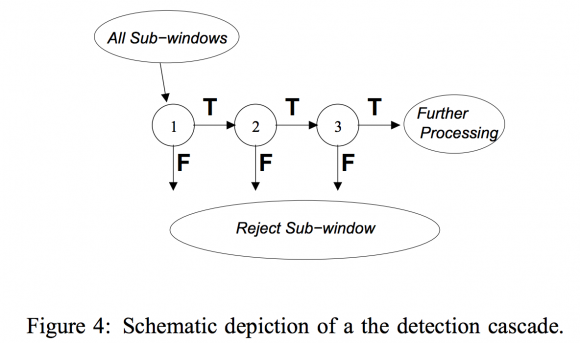 Available here. The Cascade Classifier is one of the most popular face detection algorithms and the default choice in OpenCV libraries as well. Some notes after reading:

Similar ideas can definitely be applied to areas even outside of machine learning, where you want to use the simple approaches first before going deep into the big guns (more complex model). Only use it on areas where the returns are promising. In reality, you will want to do the same occasionally too: Only apply the more expensive solutions if the simpler ones do not work.