Now, let’s illustrate with an example. Consider a 2D perceptron trying to classify 10 points below. 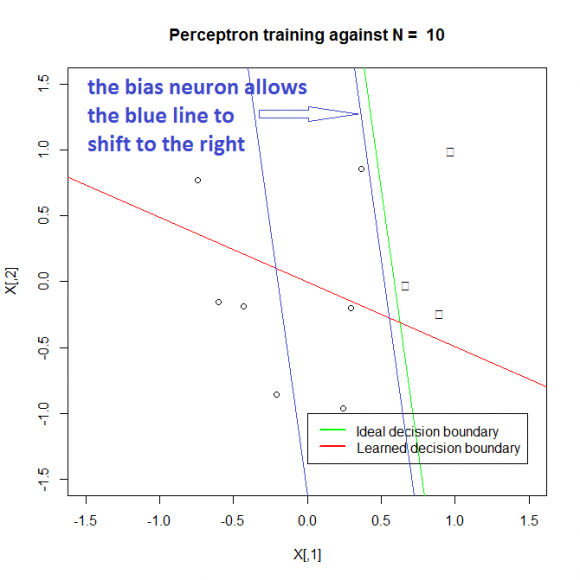 Points that fall on the right side of the ideal decision boundary (green in picture) should be classified as +1, while all points on the left of the green line as -1.